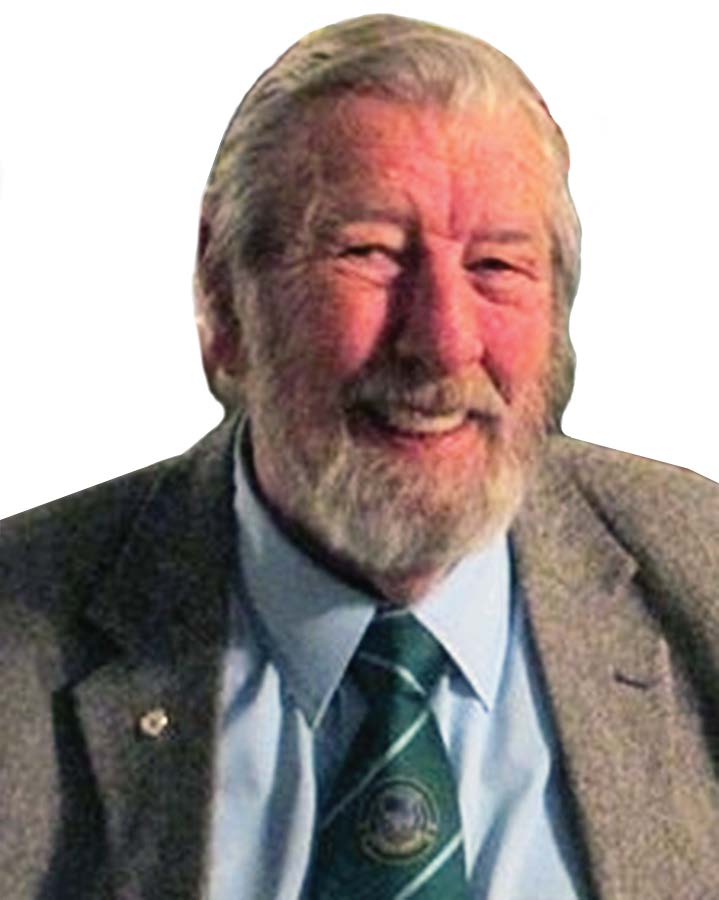 Jack, like his wife Gwen, is a native of Dublin. A graduate of Synge Street CBS, he was active in Irish railfan circles and also served for nine years in An Fórsa Cosanta Áitiúil, the Irish Army Reserve Force, resigning his Lieutenant’s commission when relocating to the US.

He spent seven years with the American Automobile Association’s World Wide Travel Department before moving to Avis Rent a Car System, retiring in 1997 as Sales Administration manager for the North East Region.

Jack has just completed a two year term as President of the St. Patrick Division One, Somerset County of the Ancient Order of Hibernians and has been awarded the Division’s 2017 Hibernian of the Year, an award of which he is very proud.

Jack is a regular lector and occasional usher for his parish of St. Charles Borromeo in Skillman, NJ.

Some of Jack’s other activities include being an active railfan – he is a NORAC qualified trainman at Steamtown National Historic Site in Scranton and is also active in dog show circles. Jack and his wife Gwen owned, co-owned and showed top winning Basset Hounds for over thirty years but now have Border Terriers. A vice president of both the Garden State All Terrier Club and the Berkshire Valley Basset Hound Club, he’s a member of Plainfield Kennel Club and also Blennerhassett Kennel Club for which club he is the AKC Delegate

.Jack is very grateful for the honour bestowed on him by the Parade Committee and looks forward, along with Gwen, to the parade on Sunday March 12.