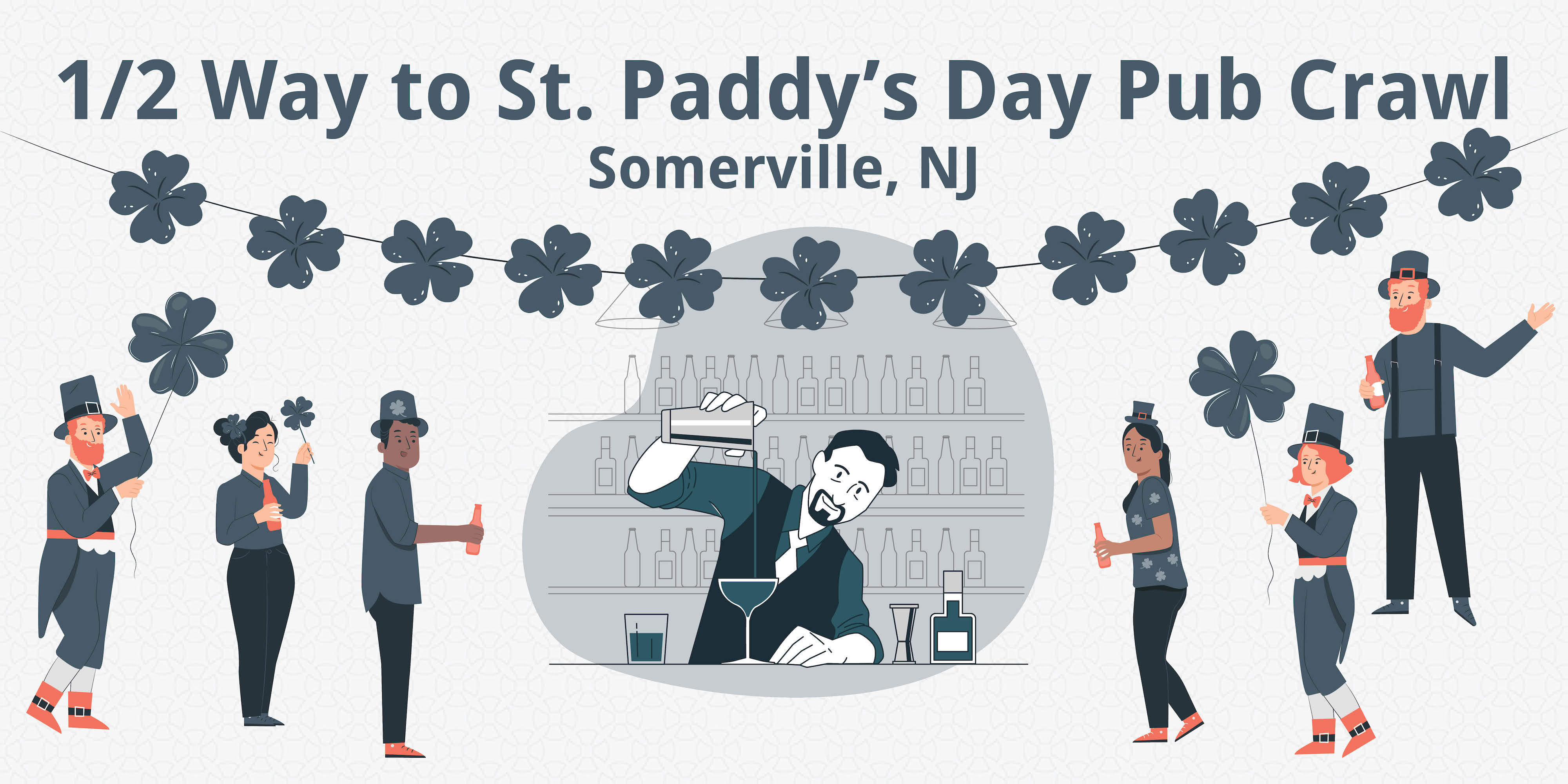 The success of the Somerville Saint Patricks Parade is due solely to the support of our dedicated volunteers, sponsors and community. Your generosity ensures this free family event will continue for years to come. The 2022 Somerville St. Patrick’s Parade is Sunday, March 13th at 1:30 PM! Let the countdown begin!

Donate Here
OUR SPONSORS
Want to become one? Click here! 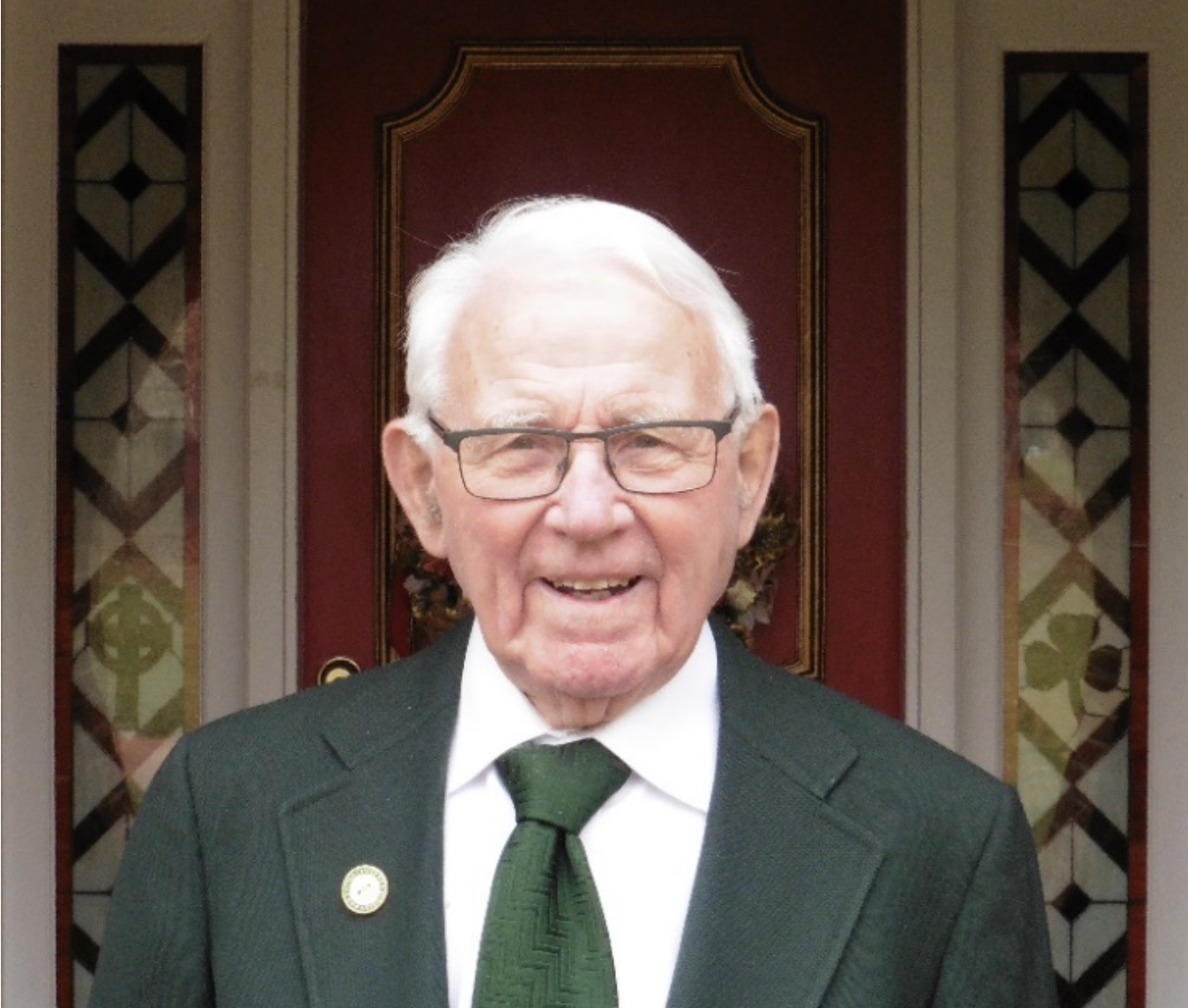 Education was put on hold to assist with the responsibilities with the farm, especially during the harvest since most of the activities were done by hand. As a youth growing up he was into bicycle racing, cross country running and hurled for the Co. Offaly minor hurling team. In 1951, he got a job in the worked in construction trade and served his apprenticeship as a plasterer. During the TB epidemic during the 1950s in Ireland, Ed’s mother died of TB, and one of his sisters spent 4 years in hospital recovering. In 1954, at the age of 20, Ed boarded the SS United States in Cobh Harbor, Co Cork, taking the long voyage across the Atlantic Ocean that many Irish immigrants had taken previously.

When Ed arrived in America, he found a job in construction in the Princeton area. Life was about working and enjoying the weekends at the Dance Halls in New York City, until he was drafted to serve in the United States Army. Ed served with the 31st Infantry, 7th Division in Korea along the 38th Parallel for 16 months. When he returned from Service, he picked up right where he had left off, working in construction as a mason and boilermaker,  which lasted 40 years until he retired.

In 1959 Ed married Jennie (nee Lynch) and settled down in the Griggstown area of Belle Mead, where they raised their family, and currently reside. They are graced with 3 children, Kevin, Noreen, and Tara Ann. Ed is the proud grandfather of 3 granddaughters.

Ed has been retired for over 20 years now but is still kept busy. He is a long time member of the Somerset County Ancient Order of Hibernians (AOH) Saint Patrick Division 1 located in Somerville. He organized the Annual AOH Dinner Dance for over 10 years. Has assisted the AOH with their annual Thanksgiving Turkey Drive and Easter Food Drive, and delivers these meals to local organizations and charities. As a member of the AOH, Ed is one of a select few members who have received both the Hibernian of the Year award, and the Outstanding Service Award.

After retirement, Ed spent his time volunteering, which he found very rewarding. Ed spent time volunteering with Hospice, visiting those that are ill and homebound throughout the Central Jersey area. He also provided assistance as a Hot Line volunteer for suicide depression in Mercer County. He also visited those who were Shut-in, and unable to attend Mass. For several years, Ed organized a golf outing in Lawrenceville to raise funds for children in Burma, which provided stent operations and funded epileptic operations, along with medicine and medical equipment.
‍
He has a love of genealogy and visiting grave yards.  Along with other Hibernians led by the late Barney Sloan, their efforts resulted in a memorial dedicated to those Irish Labors who dug the Delaware and Raritan Canal at Bulls Island in 2003. He is the custodian of the unmarked graves of the Irish Canal Workers in the Griggstown Cemetery who died while working on the canal in the 1830s.
‍
With Jennie at his side, Ed has traveled all over the world visiting and exploring over 50+ countries. He celebrated his 65th Birthday with a camel ride in the Sahara Desert. He has frequented mainland Europe, West Africa, South East Asia, and Australia.

He likes a round of golf or a good card game and even a cigar once in a while. Ed says he, his wife, and family have so much to be thankful to God for, as they have been blessed with good health, and great friends.

Get Started
ADVERTISE IN PROGRAM GUIDE

Get Started
March With Us