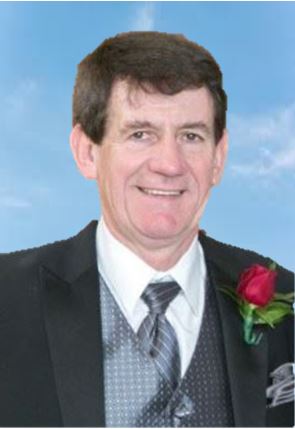 Finbarr Kirby was born and raised in Cork City, Ireland. He is the second oldest of six boys. Finbarr is married to Anne (nee McCarthy), where they have just celebrated their 41st wedding anniversary. They are the proud parents of four boys; Derek and his wife Mary, Alan and his wife Cindy, Barry and his fiancé Lisa, and Paul. They are also the loving grandparents of Megan, Michael, and Jenna.

Finbarr received his formal education at Turners Cross from the Presentation Brothers and continued his higher education at Cork Institute of Technology (CIT). Finbarr then undertook a 5 year apprenticeship for Steam-Fitting and Engineering. This led him to work for various companies throughout Ireland, England, Wales, The Bahamas, and the United States. For a couple of years, Finbarr also experienced life on the Atlantic Ocean while working on Off-Shore Rigs off the coast of Ireland.In 1989, Finbarr and Anne applied and were granted the opportunity to live in the United States. They made a life changing decision and left Ireland to start a new life in America with their four boys. They arrived and settled in Manville, NJ where Finbarr & Anne currently reside.

During his first years in America, Finbarr attended activities sponsored by various Ancient Order of Hibernians (AOH) Divisions. Finbarr then joined his local Division, Saint Patrick Division 1 of Somerset County. Finbarr has been a proud and active member for over 25 years. During his membership, he served on the Executive Board for 8 years which included a two year term as Division President. He also was the chairman of the Dinner Dance Committee which had attendances exceeding 400. Finbarr has represented his Division at countless New Jersey State Conventions, and at National Conventions in New Orleans, Saint Louis, and Atlantic City.

Finbarr and his family are supporters and active members of the AOH & Ladies Ancient of Hibernians (LAOH). Finbarr is still active assisting in the Annual Family Picnic, Thanksgiving Turkey Drive, and will also be representing his Division at the AOH National Convention in Louisville later this year. Finbarr’s sons are “Keeping the Tradition Alive” as members and supporters of their local AOH Division, Saint Patrick Division 1, Somerset County, NJ.Finbarr is a member of the Immaculate Conception Church in Somerville and also a member of the Somerville Elks Lodge #1068. In his spare time he enjoys golfing, traveling, and enjoys spending time with family & friends.