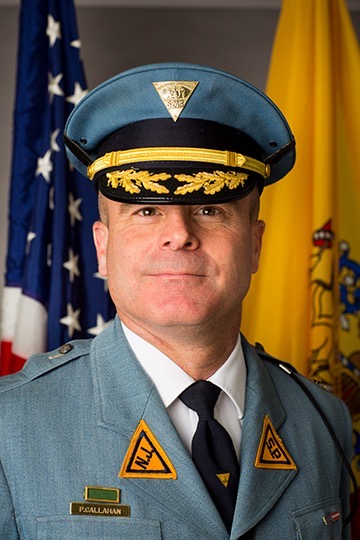 Colonel Patrick J. Callahan was sworn in by Governor Chris Christie as the 14th Colonel and Superintendent of the New Jersey State Police on October 31, 2017.

Colonel Callahan’s leadership and passion for service through the various organizations, mission work and volunteer projects he participates in makes him a wonderful addition to the Grand Marshals of Somerville’s Saint Patrick’s Parade.

Colonel Callahan has served more than 27 years with the New Jersey State Police.  He resides in Warren County with his wife Linda, two sons and two daughters.

We are extremely honored to have Colonel Patrick J. Callahan as the 2022 Grand Marshal of the Somerville Saint Patrick’s Parade.